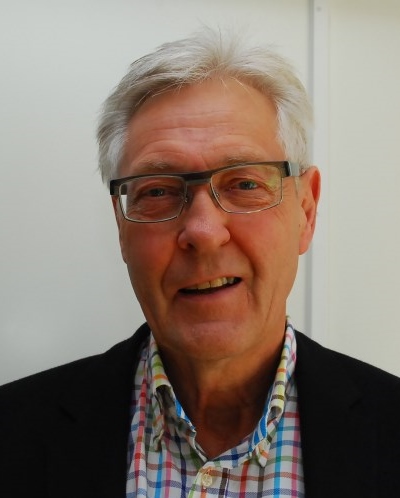 Per Lindberg graduated in Organic Chemistry from the University of Technology in Lund, Sweden in 1977 and was appointed Associate Professor of Organic Chemistry at The Chalmers Institute of Technology, Gothenburg, Sweden in 1982. Between 1976 and 1982 he worked with Professor Arvid Carlsson (Nobel Prize Winner in Medicine, 2000), Department of Pharmacology, University of Gothenburg, leading his Medicinal Chemistry Unit.

He joined Hässle AB (today AstraZeneca R&D Mölndal, Sweden) in 1982 as Head of Medicinal Chemistry Gastrointestinal (GI) and held this position until 1993. He was a member of the GI Management Team. Among the large number of projects at this time, the most important one was the development of the first proton pump inhibitor Losec®/Prilosec® (omeprazole) and elucidation of its mechanism of action. The omeprazole project continued in the omeprazole follow-up project, which ended up with the development of Nexium® (esomeprazole).

From 1993–1998 he was Director of the Preclinical Alliances Group at AstraHässle, a job that involved evaluating and negotiating both early and late stage external opportunities. This involved in-depth analyses of both scientific and IP matters and communication with external and internal scientists, patent attorneys, lawyers and managements.

In 1998, as one of the most experienced researchers in the area of Losec®/Prilosec®, he was drafted, as a full time Advisor, for about 4 years, into the Scientific Patent Support Team for the worldwide Losec®/Prilosec® litigation. He was also deposed in the US litigation as an inventor and as a company witness. He had a leading position for Patent Strategy of both Losec®/Prilosec® and Nexium® by chairing the “Patent Management Team-Losec/Nexium“, attended by medicinal chemists, pharmacists, production chemists and several patent attorneys. As main inventor of Nexium, he was also deposed in the Nexium US litigation. He was also leading the scientific part of a Regulatory Defense Team activity concerning Prilosec® /FDA, which activity was a close collaboration between a US-based CRO and internal specialist scientists and internal and external lawyers.

Since 2004 he was Senior Scientific Advisor, Gastrointestinal and Cardiovascular Therapy Area, mainly initiating late in-licensing activities. In this position he was also instrumental in driving changes and improvements of (1) the global AstraZeneca Patent Filing Strategy, and (2) how the scientists, mainly the medicinal chemists, should take the lead in the Project Patent Strategy work.

He is author of about 50 publications in medicinal chemistry, organic chemistry and pharmacology, and owns about 35 inventorships, including being the ‘main inventor’ of Nexium®. He received the ‘Swedish Academy of Pharmaceutical Sciences’ Prize in Medicinal Chemistry in 2006.

He retired from AstraZeneca in March 2012. Since then he has been an independent patent and scientific consultant in Per Lindberg Consulting AB. Besides his consultancy in giving patent strategy advice, he has been engaged as Medicinal Chemistry Expert and Expert Witness in a couple of patent prosecution and litigation cases.