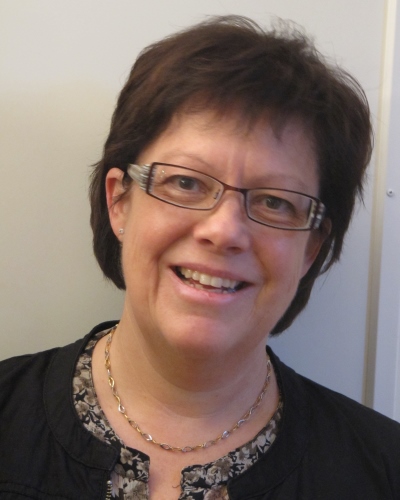 Gunnel Sundén obtained her Master of Science Degree in Chemistry at the University of Gothenburg, Sweden, in 1983. In 1983 she was employed at Hässle AB (today AstraZeneca R&D Mölndal, Sweden), where she had various positions in both Discovery and Development. In total, she has 30 years experience from pharmaceutical research at AstraZeneca.

From 1983-1988 she worked as a Synthesis Bench Chemist in the Gastrointestinal (GI) area. In this position, from 1985-1987 she was responsible for the synthesis activities in a project for development of an “Omeprazole (Losec®) Prodrug for Intraveneous Administration”, which finally ended up in a highly desired extremely soluble phosphate-containing prodrug of omeprazole. Between 1987-1989 she also had the medicinal chemistry responsibility in the “Ion-Fluid Secretion Project”.

In 1988 she was promoted to a position as Medicinal Chemistry Team Leader for the Losec® Follow-Up Project, which ended up in the development of Nexium® (esomeprazole). This work included responsibility for Patent Filing Strategies, in which several discussions with US Patent Lawyers became highly important. She had this position for 6 years, until 1996. During the end of this time period, she was also promoted to the Preclinical Leader in the Clinical Losec Follow-Up Project. Based on particular skills developed during this period, she was also appointed Area Patent Manager, a job that involved ‘post-patent strategy’ for Losec®.

In 1999 she was encouraged by Managers to switch over to a full-time “patent position”, and she was appointed Project Patent Manager for the “Thrombin Inhibitor Project”. The year after she became responsible for the Patent Filing Strategy in the “PPAR Project” within the Diabetes type II area.

Between 2004 and 2007 she had the position as Scientific Patent Advisor in Discovery R&D and from 2007-2012 she had the corresponding position at Cardiovascular/Gastrointestinal Therapy Area in Development, focusing on Patent Strategies for both New Chemical Entity projects and the related Life Cycle Management opportunities.

She is mentioned as an inventor on 15 patent applications.

Gunnel Sundén was active as an independent Patent and Scientific Consultant in Per Lindberg Consulting AB until her premature passing in May 2022.